A common diabetes drug has been shown to improve respiratory outcomes in asthma but its effects on COPD and the combination of asthma and COPD remained unknown.

Many Female VA Patients Appear to Have Undiagnosed OSA

Too many women veterans remained undiagnosed with sleep apnea, even if they were at high risk of adverse outcomes, according to a new study. 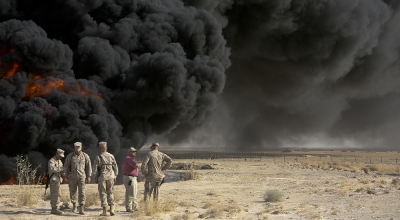 Government medical agencies need to view toxic exposure as a high-priority issue deserving of specialized centers for research and monitoring.

Patients admitted to intensive care units with influenza increasingly are being diagnosed with invasive pulmonary aspergillosis.

TAMPA, FL—Do testosterone levels affect asthma prevalence and lung function? A new study sought to answer that question. The report in the Journal of Allergy & Clinical Immunology in Practice pointed out that asthma prevalence decreases post-puberty in males,...

FORT BRAGG, NC—Based on research investigating the potential link between deployment to Operation Iraqi Freedom and Operation Enduring Freedom and increases in pulmonary disease, data on conditions such as asthma and airway hyperreactivity are well established, but...

What Leads to Pulmonology Referrals for Veterans With COPD?

BOSTON—At the VA and elsewhere, chronic obstructive pulmonary disease  often is managed by primary care physicians and sometimes pulmonologists, but it is not clear what factors spur consultations by pulmonary specialists. In fact, according to a report in Respiratory...

SALT LAKE CITY—A new study is likely to change treatment patterns for veterans diagnosed with bacterial pneumonia. New research suggests that using antibiotics that target antibiotic-resistant bacteria as a first-line therapy for pneumonia appears to be unnecessary in... 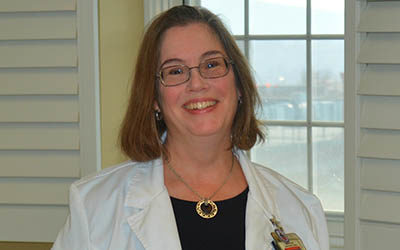 SALEM, VA—It’s a frustrating reality of hospital life—the possibility that a patient might develop an illness under care that they did not have when they arrived. Caused by bacteria rather than a virus, hospital-acquired pneumonia is the second most common type of... CLEVELAND—Veterans are three times more likely to develop chronic obstructive pulmonary disease than the general population, and COPD is the fifth most prevalent disease in the veteran population, affecting about 15% of VHA patients, according to previous research. A... The potential cost to the VA for lung disease associated with deployment to Iraq or Afghanistan shot up this year when an administrative law judge with the U.S. Department of Labor ruled that exposure to open-air burn pits caused a veteran’s lung disease.